“Michael is the epitome of the three important “I” qualities clients and lawyers need to investigate and resolve cases: Integrity, Intellect, and Intuitive. Plus, he has one of the best temperaments of anyone I have met in the legal profession—he is congenial, and easy going, with a charisma that engenders respect, comfort and likeability, and the openness that comes from that interaction. That quality is the single most important quality an investigator needs in order to put witnesses at ease, and explain what they know about the case under investigation. I would hire Michael in a heartbeat in my most important cases.” Robert Julian, Litigation and Trial Attorney

Michael grew up in the tough ethnic neighborhoods of The Bronx, in New York City. He brought their bluntness and accent to San Francisco, where, in his early years, he scalded his arms in industrial ovens where he made knishes, bialys and bagels during law school. Michael also practiced law at one of San Francisco’s leading firms, where I worked closely with him. The mental and physical toughness borne of his background showed in his no-nonsense approach to the refined and sedate practice of high-end law at a high-end law firm. He was tough, quick, aggressive and had a laser-like focus on the client’s goal. These same attributes of toughness and focus are reflected in his belief in the importance, and coaching, of high school basketball. I wanted him assigned to cases for which I was responsible. I would have trusted him with my life.  In the foggy nights of Dashiell Hammet’s San Francisco Michael will do a great job following in the footsteps of Sam Spade.” Douglas Schwab, retired trial lawyer

“I have had the pleasure of knowing Michael Coffino for over 30 years and have worked with him on numerous occasions as co-counsel in complex commercial litigation matters.  Based on this experience, I believe he will be a superb investigator.  He is bright, personable, resilient and relentless in his pursuit of his clients’ cases and in ferreting out the facts necessary to win them.  He is also exceptionally skilled in presenting the results both orally and in writing.  Finally, he has a very rare combination of sophistication and street smarts which allow him to rapidly get to the very essence of complex situations.  If I have the need for an investigator in any of my cases, he will be at the very top of my go-to list for that assignment.” Robert A. Goodin, Founding Partner Goodin, MacBride, Squeri & Day, LLP

“Michael was my law partner for many years. We worked together on one of the biggest cases of my career – an alleged civil racketeering case brought in U.S. federal district court. We were successful in getting the case dismissed.  Michael’s work was superb: careful, creative, thorough, precise, and nuanced. He saw the big picture in the details, and the details that needed to be established, in order to construct the narrative. He is focused, diligent, open-minded, and curious – all of the intellectual qualities necessary for strong investigative and advocacy work. In addition, Michael cares about people – their rights, their concerns, their voices – in the same way that he cares about justice. He is an extraordinary practitioner, and a zealous hunter for the truth.” Peter Wald, Litigation and Trial Attorney

“Michael and I were colleagues at a major San Francisco law firm. We worked closely on a high-stakes, high-profile case. Michael was a great asset to the team, particularly in his ability to interview and engage potential witnesses and craft cross-examination strategies to exploit the weaknesses of the opposition’s case. He was adept at identifying the most important aspect of testimony and efficiently presenting our client’s story to the court through our witnesses. He got to the heart of the matter faster than most attorneys and wasn’t distracted by extraneous facts. He was a great colleague – hard-working, collaborative and calm in extremely difficult situations.” Jessica Pers, Litigation and Trial Attorney

“I had the pleasure of working as a litigation colleague of Michael’s for nearly a decade. He has the keen ability to “cut to the chase” and focus on the important issues in dispute – rather than getting sidetracked on tangents. He is an effective communicator – both orally and in writing – and conveys complex information to witnesses, judges, lawyers and clients in a manner that is persuasive and easy to comprehend. I recommend his work unequivocally.” Brian Hafter, Litigation Partner

“Michael Coffino was my partner for almost 9 years at Heller Ehrman, and I had the pleasure of working very closely with him throughout that time.  Michael is very smart, imaginative, and resourceful; he possesses excellent judgment and great interpersonal skills; and he was relentless in pursuing our clients’ objectives within the bounds of the law.  Perhaps most important, Michael is completely unflappable; I can’t think of anyone I would rather have on my side in any sort of fight or controversy.” Peter Benvenutti, Bankruptcy and Insolvency Attorney

"Michael was my law partner, and later my opposing counsel in a complex, hard fought class action. He's smart, strategic and tough, pushing hard in deposition and otherwise until he gets answers. His analytical skills are strong and he's creative. I wouldn't hesitate to use him to analyze or investigate any litigation, no matter how complex or challenging." Peter Hecker, Litigation and Trial Attorney

“Based on years of working together, I know Michael’s skill set is well-suited to obtaining results as an investigator. In particular, Michael’s strategic thinking, ability to distinguish between the important and unimportant, and interpersonal communication skills, translates into positive investigative results regardless of the nature of the assignment.” Barry Lee, Litigation and Trial Attorney 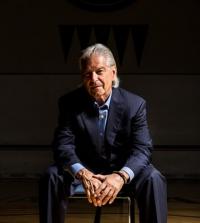